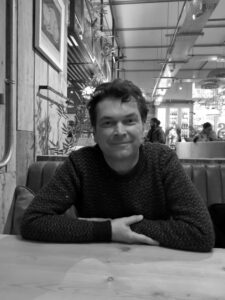 International Society for Psychological and Social Approaches to Psychosis (ISPS)

Areas of Expertise and Therapeutic Style

I am a Chartered Counselling Psychologist. My training has involved learning about a variety of therapeutic modalities including those from cognitive, dynamic, systemic and humanistic paradigms. Such knowledge and experience could be especially helpful when a greater versatility is required in tailoring an individual work with a client. I have worked across all levels of Mental Health, from Primary Care to specialist areas such as, HIV Psychology, Psychosis and Complex Mental Health as well as Forensic Services.  Over the course of my career, I have appreciated the depth and extent of the impact of psychological adversity in a significant majority of my cases.

My own background is diverse but is also holistic in nature. I trained as a medical doctor in Russia. I have also tried to understand alternative perspectives outside the medical model. I then studied Craniosacral therapy, Reiki and meditation in Russia, UK and India.  Whilst on a quest for further self-development, I have discovered that Psychology could provide a much needed interface between physical and mental health.

My own professional philosophy lies within the exploration of meanings, existential analysis and phenomenology. It also recognises role of trauma and a need for therapeutic adjustment in this light. The skill is in achieving an accurate empathic attunement between the client and therapist guides the whole therapy and therapeutic relationship.

I value the importance of how mental and physical health can become a life changing experience which could elicit drastic shifts in a person’s perspective about themselves and the world around them.

2016 University of Exeter: Therapeutic Relationships: Challenges to Mental Health Services and those who use them. ISPS UK Conference

2016 University of Boston, USA: From Reductionism to Humanism, ISPS US

Lawrence, Miller & Cross (2014). The Scientist and the Creator: Adaptive Dissociation with HIV positive population. The British Journal of Counselling and Psychotherapy.

My experience of the International ISPS Conference in Warsaw  (Lawrence, 2014, Winter).

ISPS-UK: Newsletters of the International Society for Psychological and Social Approaches to Psychosis.

Lawrence & Cross (2013). Life transition with HIV: some observations of the phenomenon of growing older with the infection. Counselling Psychology Review.

Areas I Deal With